ON STAGE: OUR ARTICLE ABOUT THE PLEDGE POSTED ON MUSICALWRITERS.COM 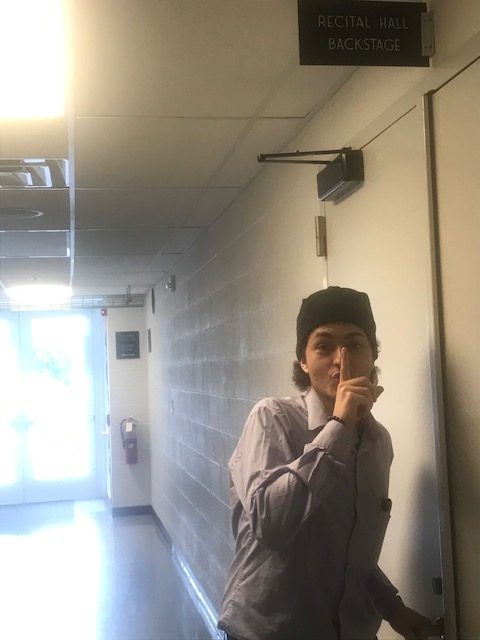 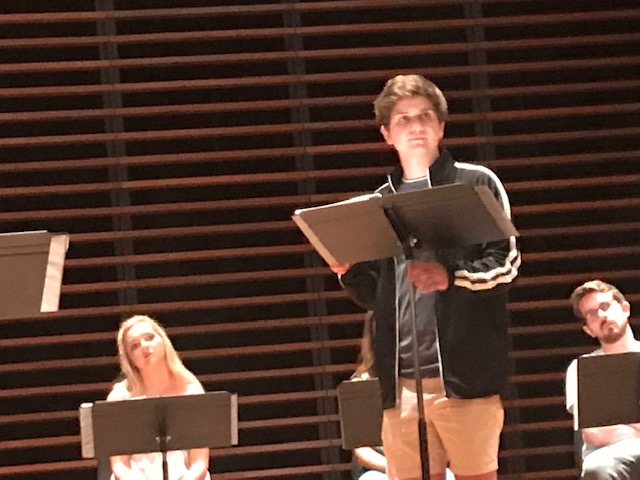 First rehearsal in the theater 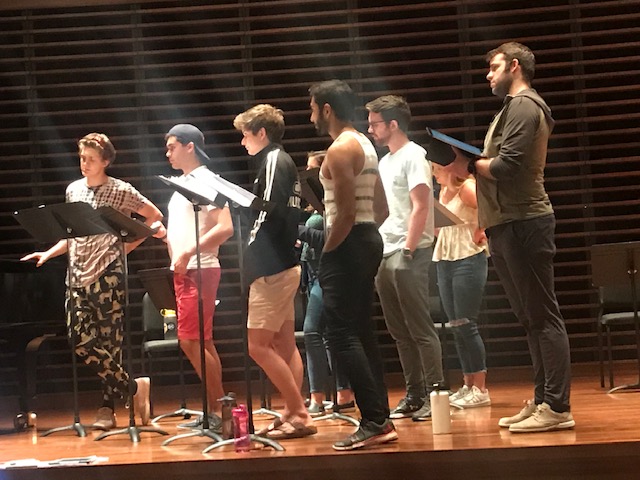 rehearses the opening number, “Check the Boxes,”
for the first time in Recital Hall 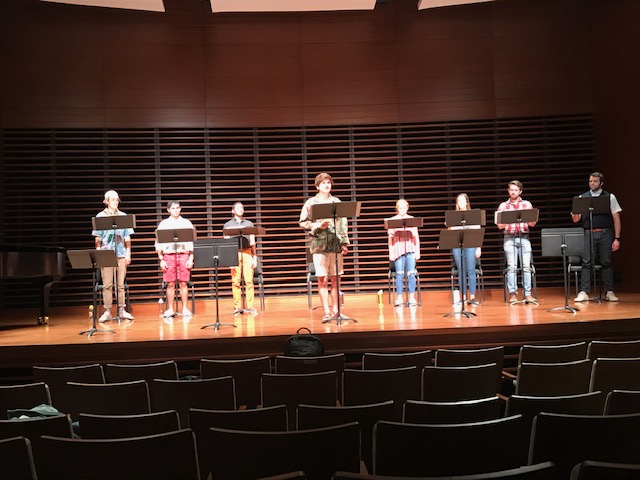 of the opening number with the entire cast 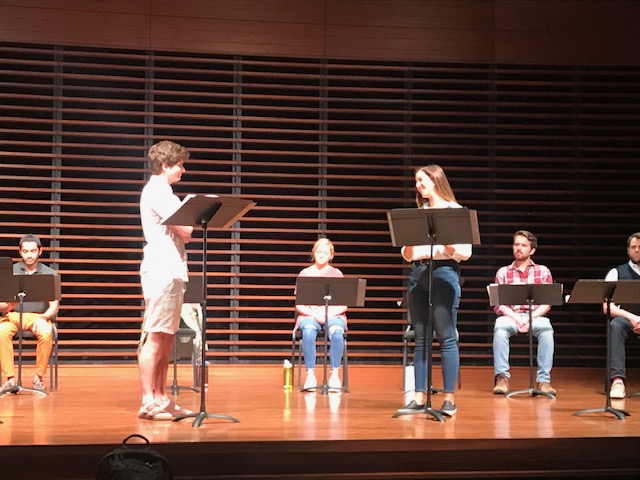 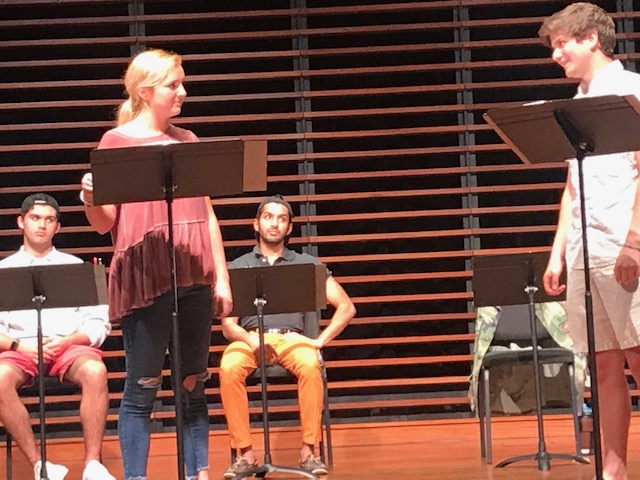 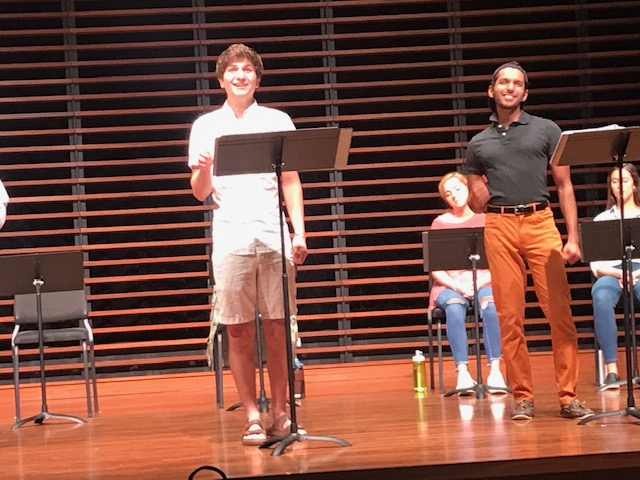 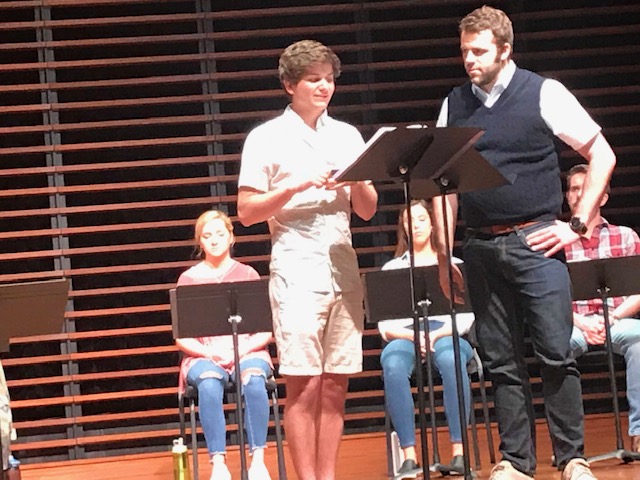 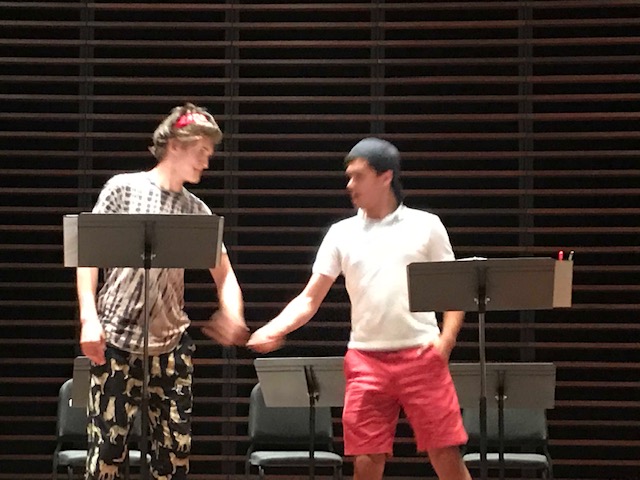 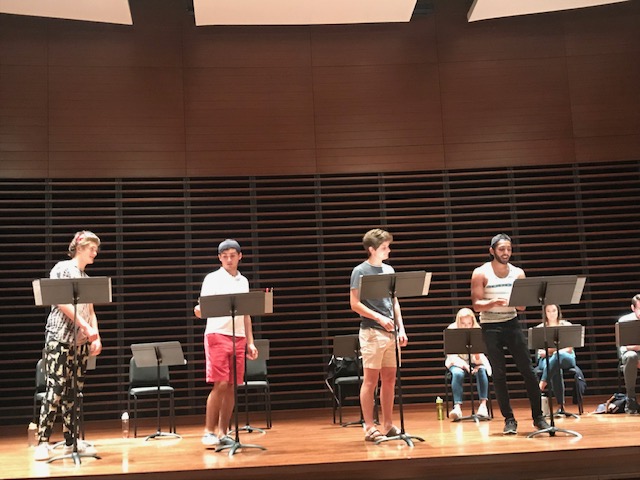 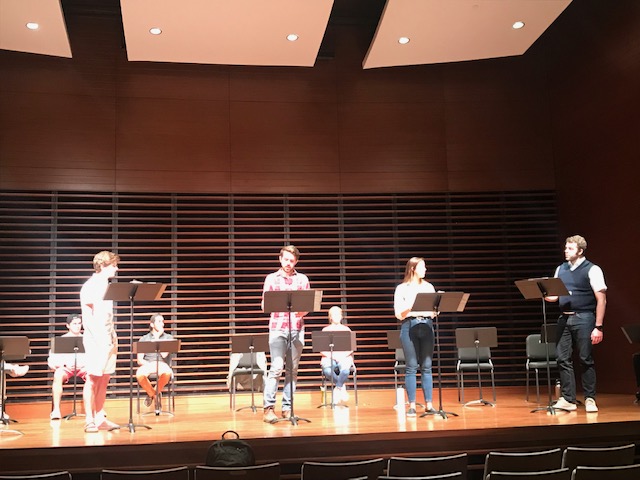 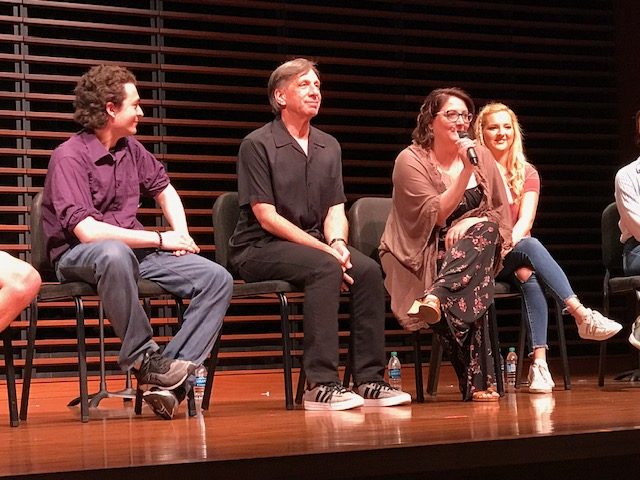 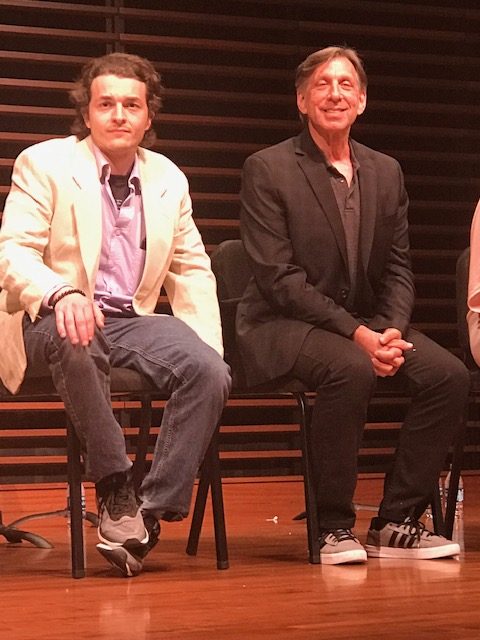 (from left to right): Zev and Mark 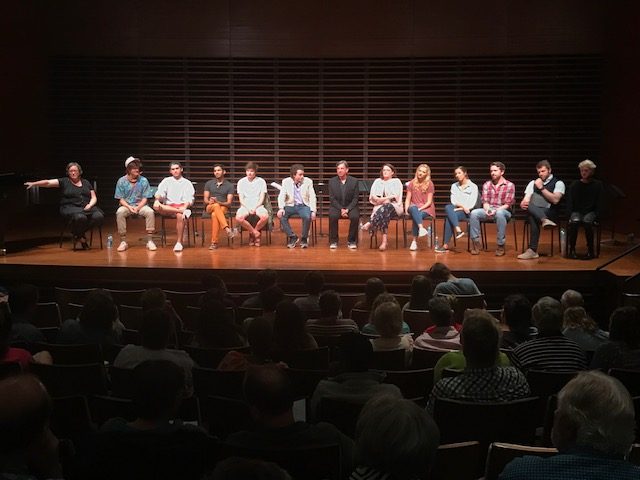 ON STAGE: THE MADISON NEW WORKS LAB PRESENTS THE PLEDGE

We are grateful to the James Madison University School of Theatre and Dance’s Madison New Works Lab for a glorious creative incubation of The Pledge.

The ten-day lab culminated in a staged reading for two performances at the Forbes Center for the Performing Arts in Harrisonburg, Virginia.

It was an exhausting and exhilarating process.

Zev and I benefited from the insightful feedback of the creative team and cast.

Over the course of numerous table reads and rehearsals, I made extensive revisions to the book and wrote lyrics for three brand-new songs.

Zev revised the music for many songs and created new music for the three new numbers.

This lab process helped us to understand our own musical better and to make the necessary changes as our awesome cast brought it to life.

We were thrilled to see this newly revised version of The Pledge receive such an enthusiastic response from our audiences.

The post-performance talkback sessions with the audience gave me and Zev a chance to dialogue with them.

We continue to revise, spurred by the invaluable contributions of our creative team and audiences.

One thing we’re certain of: we’re more committed than ever to telling this story of a young man who speaks out against fraternity violence.

Again, our deep thanks to JMU’s School of Theatre and Dance, the selection committee, and our entire team at the Madison New Works Lab who generously shared their talent and wisdom for this truly unforgettable creative experience!

ON STAGE: ANNOUNCING OUR AWESOME CAST FOR THE PLEDGE!

We are thrilled to announce the wonderfully talented cast and creative team for our new musical, The Pledge, which will receive a staged reading this month at the Forbes Performing Arts Center in Harrisonburg, Virginia as a part of the James Madison University School of Theatre and Dance’s Madison New Works Lab, which incubates new plays and musicals.

The renowned director/producer Harold Prince has said that “musicals should be dangerous.” With The Pledge we hope to explore the challenging subject of hazing in order to add to the national conversation and inspire young people to speak their truth.

We hope you can join us for performances of The Pledge on May 30 and 31. Tickets are free, and we’ll let you know in the coming weeks when they will be available. 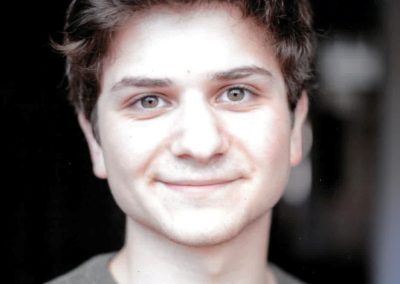 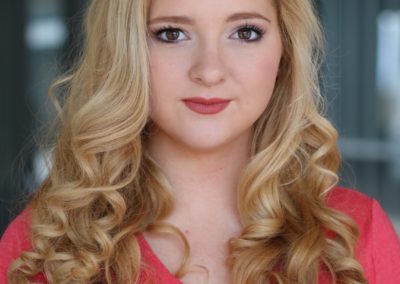 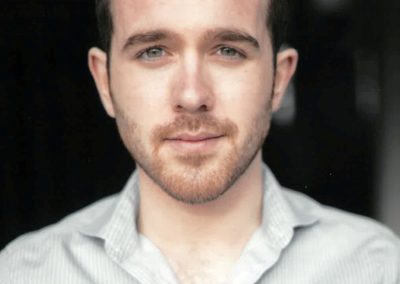 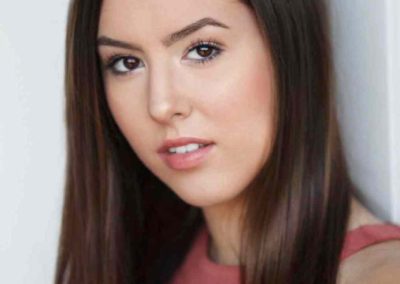 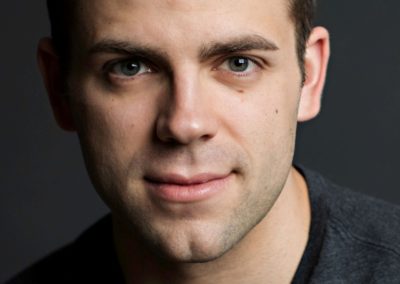 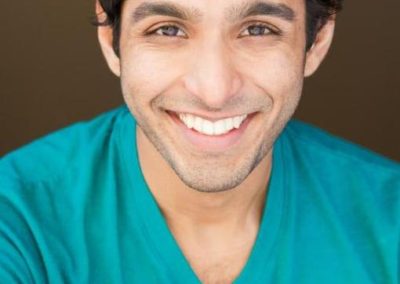 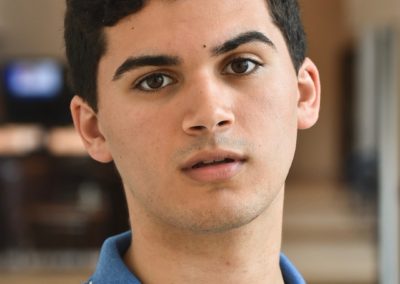 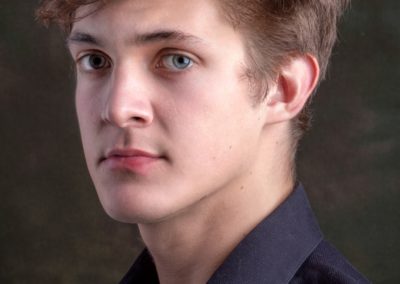 Cast (Click on actors’ names below for links to their résumés.)

All other actors are current students and very recent alumni of the School of Theatre and Dance at James Madison University.

We are honored to announce that The Pledge has been chosen for the 2019 season of the Madison New Works Lab at James Madison University in Harrisonburg, Virginia.

The mission of the Madison New Works Laboratory is to create a nationally recognized incubator for the development of new plays and musicals.

We want to thank the selection committee for choosing our musical, and we appreciate the support of Rubén Graciani, Director of JMU’s School of Theatre and Dance.

We look forward to working with our director, Kate Arecchi, Associate Director of the School of Theatre and Dance at JMU and Musical Theatre Coordinator, as we begin the casting and rehearsal process.

Performances of the staged reading of The Pledge will be on May 30 and 31, 2019 and they will be open to the public.

Here’s our wonderful company who brought The Pledge to life. 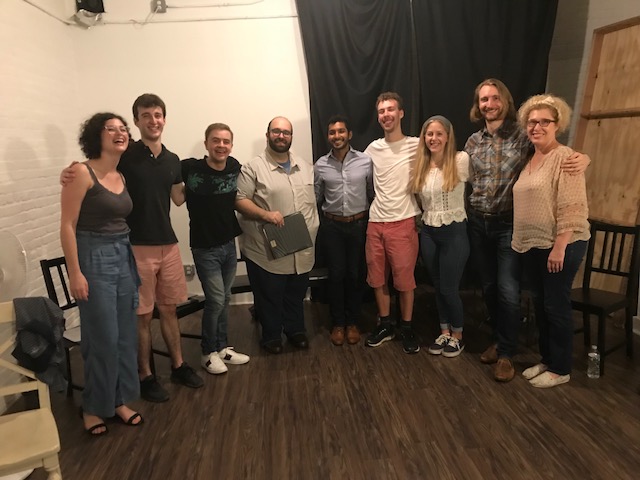 The Pledge was selected in competition for a first-ever staged reading by the Sitting Shotgun theater company for their Fall Reading series (September 15 – 16, 2018) in Brooklyn, New York.

It was thrilling to hear the musical performed in full.

This gave us the opportunity to make changes to the script based on feedback from the director and actors.

We are receiving interest in The Pledge from a number of venues.

Our goal is to develop the musical to the next level so it can reach its full potential as we prepare it for future productions.

We’re thrilled to announce that The Pledge has been chosen to be part of the Shotgun Reading series for the Fall 2018 season of the exciting Brooklyn theater company, Sitting Shotgun.

See the Broadway World article that mentions The Pledge by clicking here!

Jacob Sutherland, who recently starred in the New England premiere of Bubble Boy in Portland, Maine, will play the lead and Katherine R. Wilkins will direct.

Admission is free and the performances will be followed by a short talkback with members of the creative team.

Further details and ticket information will be released in coming weeks on the theater company’s website: www.sitting-shotgun.com

We were thrilled to have our song “Check the Boxes” receive its professional debut at the New York Musical Festival’s “Breaking Ground” concert in NYC with performances on July 27 and 28.

Thanks to a wonderfully talented group of performers and a great band that truly made the song their own!

Here are some photos from the concert (and our time in NYC)! 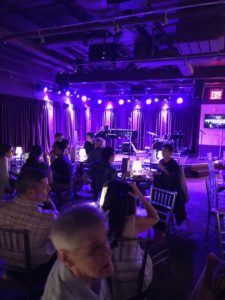 The Green Room 42 a half hour before showtime. 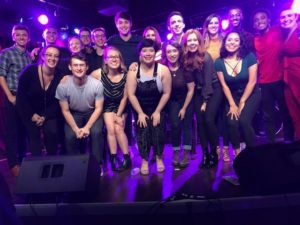 The cast posing for a post-concert photo. 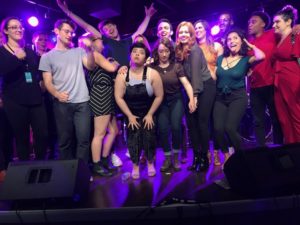 The cast giving paparazzi in the audience one last (playful) pose. 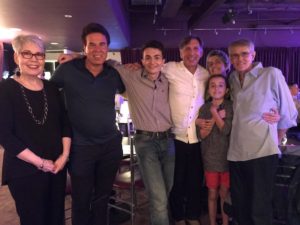 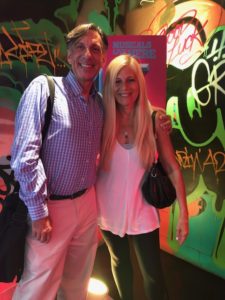 Dear friends at the matinee performance: Mark and Joanna Laufer. 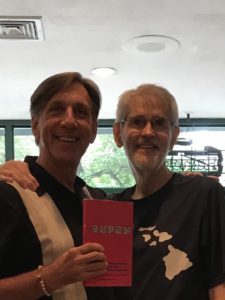 A special gift for a special occasion: before the concert, Richard M. Morse presents Mark with a copy of the Fireside Theater Book Club edition of Gypsy, one of his all-time favorite musicals, with a great book by Arthur Laurents, fabulous music by Jule Styne—the best overture ever!—and brilliant lyrics by Stephen Sondheim.